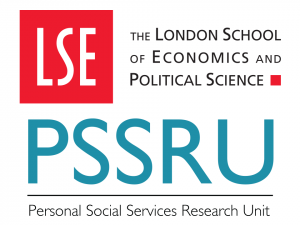 The London School of Economics and Political Science (LSE) is a specialist university with an international intake and global reach. Its research and teaching span the full breadth of the social sciences, from economics to sociology. Founded in 1895, the School has an outstanding reputation for academic excellence. LSE has 16 Nobel Prize winners and 34 past or present world leaders have studied or taught at LSE. In 2014 LSE’s outstanding success in the national Research Excellence Framework Exercise confirmed it as a world leading research university, where LSE ranked first in the UK for its research in the social policy field. Based within LSE, the Personal Social Services Research Unit (PSSRU) is the foremost social care and mental health economics research centre in the UK and one of the leading such groups internationally. Its mission is to conduct high-quality policy analysis, evaluation and research to inform policy, practice and theory, and is regularly commended for its 'exceptional track record in adult social care research' and 'significant contribution to strengthening the evidence-base for policymaking in key areas'. Since 2004 alone, PSSRU has had number of research awards totalling over £38 million, and produced over 600 peer-review journal papers, books and reports. Research awards during the last 5 years include formal collaborations with approximately 40 other universities/institutes (UK and abroad). PSSRU has a large and growing body of relevant research which has substantial impact on UK and international policy discussion. In 2009 LSE Health and Social Care (of which PSSRU at LSE was a substantial part) was awarded a Queen's Anniversary Prize for Higher and Further Education for 'applying research to the advancement of global health and social care policy'. PSSRU has particular expertise in economic evaluations in social care and mental health (and increasingly also in other public health and healthcare areas). A lot of research has been undertaken since 2009 on the cost-effectiveness of care and support services (such as telecare and telehealth, coping strategies for family carers of people with dementia, befriending), funding arrangements (such as personal budgets, and broader financing options for social care), organisational arrangements (such as community navigators) and preventive strategies (such as for child neglect and abuse, for falls, for loneliness, and for social care needs in old age). A significant body of research has been undertaken on unpaid care, most recently focusing on employment and the economic costs of replacement care. PSSRU research has provided evidence to underpin developments in policy and practice discussions, feeding into Government Green and White Papers, Parliamentary debates, evidence and advice to Parliamentary Select Committees and – internationally – to the OECD, World Health Organization (WHO), and various international government bodies. PSSRU also hosts the International Long-term Care Policy Network which aims to promote the global exchange of evidence and knowledge on long-term care policy.

Main tasks in the project

A-La Park will be working on economic aspects of service users, families, and informal carers as a co-leader of WP4, in collaboration with the Department of Health Economics at Corvinus University of Budapest. She will be developing standardised tools in terms of resource use measurement and monetarized value of informal and other types of caregiving activities to facilitate international comparisons of economic evaluations at the national and international levels. She will also lead a country-specific report for the UK as a PI on behalf of LSE and will be contributing to various horizontal activities across WPs.